In the summary of the story of Sib and Selma, a student who has studied religion in the city wants to propose to his cousin who lives in the village. On the way, something happens to him until he performs ablutions and prays in the people’s garden out of distraction and eats an apple from his tree. Then he changes and goes after the owner of the garden until it turns out that the owner of the garden is a young girl named Selma. He works for Selma until… About the director: Habiba Allah Bahmani is the director of Iranian cinema and television. Habibollah Bahmani’s most important works include directing the film Prisoner 707, the film Sib and Selma, and the film Invisible Strings. He started his professional career in cinema and in 1993 he worked as a director in the film “Ambassador’s Driver”. Although the success of this work was not more than its subsequent landmark works such as the film Prisoner 707, but it is a good experience for Habibaullah Bahmani and he collaborated with artists such as Davood Sheikh, Seyyed Nasser Emami, Seyyed Ali Hosseini and Bita Farangi. He also spent a period of hard work in the field of cinema and television in 2001 and has been involved in the production of important works. Habibollah Bahmani’s most important work this year is his work in the film Prisoner 707 as a director.

Be the first to review “Sib Va Salma” Cancel reply 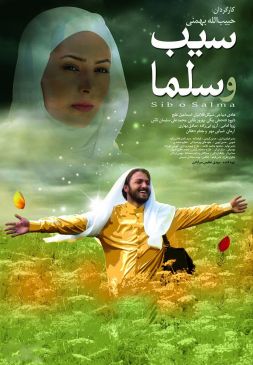