In the summary of the joke story, Reza Fath Ali (Parviz Parastavi) is forced to commit wrongdoing, such as stealing and transporting drugs, in order to solve his financial problem. One night, when Reza was going out of the city to transport drugs, he noticed a plane crash and rescued the passengers. He finds out about the presence of the police while rescuing the passengers and escapes and destroys the materials. After returning home, Reza tells the story to his friend Ibrahim (Habib Rezaei), but since Reza is a famous and fraudulent person, his words are not accepted. After a while, Reza was imprisoned, and with the news of the plane crash, Ibrahim, who knew about the incident, introduced himself as Reza as the savior of the passengers and was praised. After his release, Reza went to Ibrahim and threatened him. But he is convinced by one of the survivors of the plane crash and attends Ibrahim’s wedding.

Be the first to review “Shukhi Iranian Movie” Cancel reply 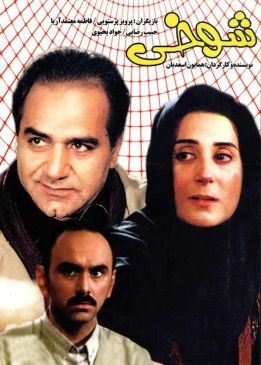