Movie No. 17 Soheila is the story of a middle-aged girl whose marriage is delayed and due to her genetic problem, she is trying to get married as soon as possible in order to have children. Ghaffari is a filmmaker who is best known for his short films and documentaries and is a successful name in this field. But for his first feature film experience, Ghaffari has turned to a lesser-known social concern. The main theme of “Soheila” is the problems of middle age and marriage problems in old age, especially for girls. Zahra Davoodnejad, the daughter of Alireza Davoodnejad, plays the lead role in the film. Babak Hamidian, who recently had “Dinner Time” on the screens, is another actor in the film, and Mehrdad Sedighiyan, who has been released “unintentionally” in recent days, is also in the film. Unfortunately, the director does not turn Soheila into a character before introducing Soheila to various social situations with men.

Be the first to review “Shomare Iranian Movie” Cancel reply 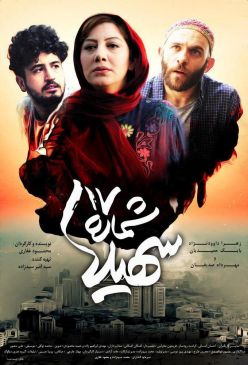