2019Ejtemaei, Khanevadegi
+ Playlist
Sign in to add this movie to a playlist.
0

Flaming movie: narrates the life of a man who feels that he has not been numbered and this feeling affects his whole life… Mojgan Saberi, who plays the role of Vahideh, was noticed by journalists and photographers at the Fajr Film Festival press conference in 2017. And made news. The actor’s first job caused him to enter a very stressful press conference, and some people misjudged him and accused him of having autism, but the film’s director, Hamid Nematullah, denied it. Mojgan Saberi has previously passed the acting courses of Hamid Samandarian and Amin Tarakh and is a master of dramatic literature. Amin Hayaei won the Crystal Simorgh for Best Actor in a Leading Role at the 36th Fajr Film Festival. The film was also nominated for Crystal Simorgh in the categories of Best Screenplay, Best Soundtrack, Best Face Design, Costume Design and Sound.

Be the first to review “Sholevar” Cancel reply 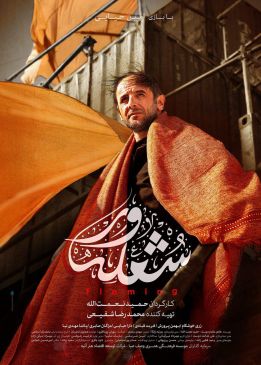