201680 minKhanevadegi
+ Playlist
Sign in to add this movie to a playlist.
0

It tells the story of a young guard officer who has just gotten married. He has an accident during his night shift after taking his wife home and seeing a thief. On his return from the hospital, this guard officer was confronted with the same robbery that he was arrested and… in the night shift, actors such as Majid Mozaffari, Babak Hamidian, Siamak Safari, Sara Bayat, Ali Golzadeh, Mohammad Alaei and Ali Estarki played roles. . In the movie Night Shift, about 7 actors are in front of the camera, which in terms of the number of actors, can be considered as a low-actor work with a small number of fictional characters. Night shift film is similar to different works in terms of structure (form), content and production environment. According to various characteristics, it can be said that the related works of Night Shift are: Sophie and the Crazy, Middle Class, Bodyguard, Where Are My Shoes? And the staff film.

Be the first to review “Shift Shabane” Cancel reply 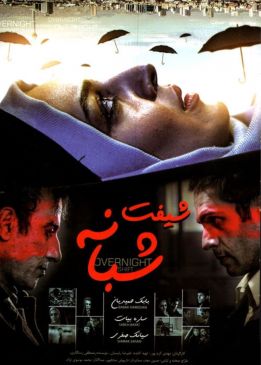