201498 minEjtemaei, Khanevadegi
+ Playlist
Sign in to add this movie to a playlist.
0

Night Shift movie: This movie is the story of a woman named Nahid who, due to the change in her husband’s behavior and the news she hears from her friends, suspects her and follows her and realizes that her husband has withdrawn a large amount from the company account (500 Million), was fired and the amount of 30 million Tomans was reduced in the agency where he worked and he is looking for his partner who has cheated on him. Nahid’s wife disappears for a while and during this time Nahid and her brother’s brother are deducted and the company’s debt is repaid and they find her to take her home. Night Shift is a 2014 film directed and produced by Nikki Karimi and written by Nikki Karimi and Ali Asghari. This film depicts the problems of Iranian society during the sanctions against this country. The original idea of ​​this film was formed based on a design by Mahmoud Aiden in October 2013, when Nikki Karimi wrote the script for this film.

Be the first to review “Shift Shab” Cancel reply 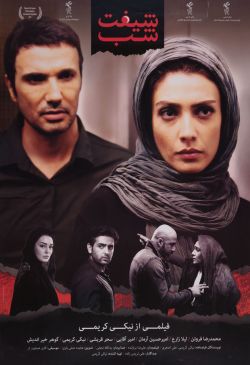