2019Action, Crime, Ejtemaei
+ Playlist
Sign in to add this movie to a playlist.
+3

Butterfly Swimming Movie: Butterfly Swimming: A movie about a woman named Parvaneh (Tanaz Tabatabai) is released in cyberspace while swimming in a pool. Now Hashem, Parvaneh’s husband (Amir Aghaei) and his brother Hojjat (Javad Ezzati) are seeking revenge on the person who released this film, but… The screening of Parvaneh Swimming: The Secretary of the Show Guild Council – in an interview with ISNA announced: Today On July 20, the union council held an extraordinary meeting with Mr. Sadr Ameli, the producer of “Butterfly Swimming”, and he requested that the film be stopped, which the council members agreed to. He expressed his hope that “Butterfly Swimming” will be screened at another time, for example after the first decade of Muharram or Nowruz. Crystal Simorgh Best Editing: Ismail Alizadeh Crystal Simorgh Best Supporting Actor: Amir Aghaei Crystal Best Supporting Actress: Tanaz Tabatabai Crystal Simorgh Best Film from Spectator view:

Be the first to review “Shenaye Parvaneh” Cancel reply 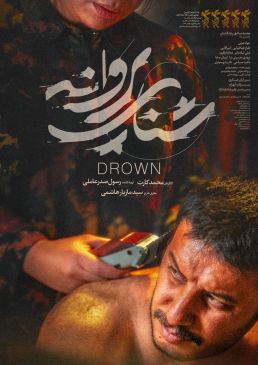