198990 minEjtemaei, Ghadimi
+ Playlist
Sign in to add this movie to a playlist.
0

In the summary of the story of swimming in winter, Ali Mortezaei Nasab, one of the education teachers, is transferred to one of the deprived schools in the country to teach. By observing the financial situation of the people and the ignorance and poverty that prevails over them, he seeks to help the people, including his students. Mortezaei Nasab’s compassion for the students and the supervisor’s violent treatment of the children put them face to face. Students’ inclination towards their teacher and their interest in Mortezaei Nasab caused resentment and jealousy of the moderator, and finally, by reporting to the security forces, Mortezaei Nasab was expelled from school. About the director: Mohammad Kasbi is an actor in Iranian cinema and television. He was born in 1330. Among Mohammad Kasbi’s most important works are acting in the series Three in Four, the series Maryam Moghaddas and the series Zanbaba. He appeared in cinema for the first time and in 1982, at the age of 31, he acted in another film, Death, directed by Mohammad Reza Honarmand.

Be the first to review “Shena Dar Zemestan” Cancel reply 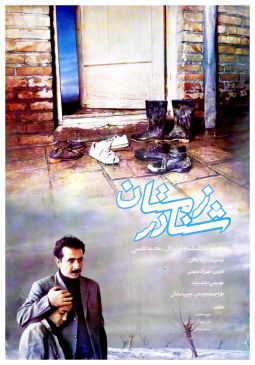