The movie may not have been love: a puppet shop in the park tells the story of a young girl who has a crush on her friend. The young girl, who is one of the actors in the film they are filming on the other side of the park, finally finds out the identity of the puppet salesman. When the young girl, who is filming a film assistant, encounters a puppet shop named Saeed in the park, the conversation A relationship is established between them and a common interest in the name of cinema makes this conversation continue. The puppet seller, who is disappointed today, regrets that one day he has dedicated his whole life to cinema, because cinema was not something he thought about, and now he sees all his youthful enthusiasm in the presence of a young assistant girl, and a life full of ups and downs. And defines his slope for him.

Be the first to review “Shayad Eshgh Nabood” Cancel reply 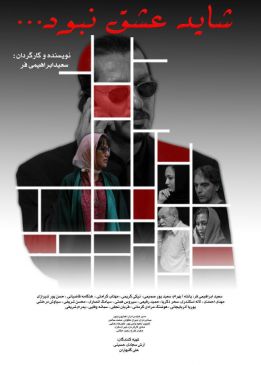