Abbas Jahl and Loti Mahal’s film Shahrg is respected by everyone with its novelties, but a young man named Zinal, because of his secrets, falls in love with Murshid Hussein’s daughter Goli and gets involved with Abbas. Abbas Agha listens to Xinal in private, but when he learns of his intentions, he cuts his face with a knife. And he asks Zinal to spread rumors that he has left this wound on his face. Zinal becomes a disciple of Abbas, but Goli ignores him and works in a nightclub. Abbas takes her home to take care of his daughter. Abbas’s nieces try to put Zeinal in front of Abbas, but he wants a flower. Eventually, Abbas’s nieces dragged him away and wounded him with a bullet; Abbas Agha comes to his bed before he dies.

Be the first to review “Shahrag Iranian Movie” Cancel reply 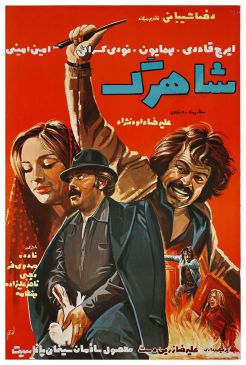