201371 minComedy, Khanevadegi
+ Playlist
Sign in to add this movie to a playlist.
0

“Arman” is a young boy who wants to serve in the army. On the day of his departure, he calls his cousin Saeed to arrange a party with him. Meanwhile, they met a young girl named “Maryam” and… The film “The city is safe” was made in 1392, directed by Kamal Moghadam. Kamal Moghadam is the director. Moghaddam is directing the city’s movies in safety and has been in charge of Sarah’s fate. This film is a product of Iran and is in the comedy and family genres. This film was written by Mir Ghafoor Sadkhosravi. He has acted in several films and series, including the series “Black Intelligence” directed by Massoud Abparvar and the film “A Few Cubic Meters of Love” directed by Jamshid Mahmoudi. Behnoosh Bakhtiari, Mehran Ghafourian, Siavash Kheirabi, Mehran Rajabi, Maral Farjad have acted as artists in the film Shahr Darman and Amman. This movie with three different qualities has been placed on the site for your download. 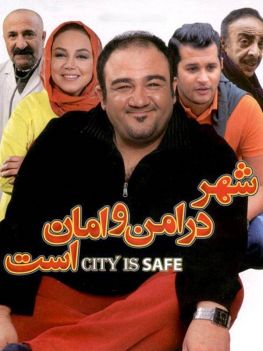