201181 minKhanevadegi
+ Playlist
Sign in to add this movie to a playlist.
0

Shah Dezd: Shah Dezd is a 2012 film directed by Seyed Mohsen Mir Hosseini. Fahimeh Soleimani and Seyed Mohsen Mir Hosseini are producing this film. The script of this film has been written by Fahimeh Soleimani and Ali Delbar. Other works of Seyyed Mohsen Mir Hosseini as a director include color films waiting, life under repair, running in the fog and a thief who came for dinner. The director of photography for this film is Alireza Ranjbaran and the editing is done by Hamed Razi. The make-up designer of this film is Tina Afshar and the soundtrack is made by Amir Mehdizadeh. Amir Hossein Siddiq, Nafiseh Roshan, Mehran Rajabi, Rabieh Oskooi, Behzad Rahimkhani and Ramsin Kibriti are the actors in Shah Thief. Fiseh Roshan (born May 4, 1982 in Tehran) is an Iranian film, television and theater actor. He was born in the Bagh Saba neighborhood of Tehran and holds a bachelor’s degree in Islamic jurisprudence and law from the Islamic Azad University.

Be the first to review “Shah Dozd” Cancel reply 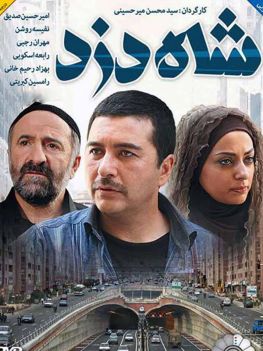