The night when the moon was full is the story of a young girl from the southern part of Tehran who falls in love with a young man from the city, while the girl is forced to emigrate from Iran for some reason. Along the way, his brother accompanies him, but in the middle of the road, things happen for them. This film was screened for the first time at the 37th Fajr Film Festival, and by being nominated in 13 categories of this festival, 6 Crystal Simorghs won the best film. , Best Director, Best Actor, Best Actress, Best Supporting Actress and Best Make-up. This film is the second best-selling non-comedy film in the history of Iranian cinema after Six and a Half Meters. 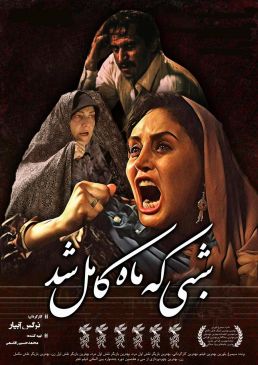