In the summary of the story of the night of the incident, forty days after the start of the imposed war, “Daryaghli Sorani” after leaving his family from Abadan, returns to his paper shop on the outskirts of Bahmanshir and encounters adventures… About director: Shahram Asadi is the director of Iranian cinema and television. Among the most important works of Shahram Asadi, we can mention the directing of the series Sheikh Baha’i, the film of the day of the incident and the series of Jalaluddin. Asadi started his career in cinema and in 1991 he worked as a director in the film Evinar. Although the success of this work was not more than his next landmark works such as Sheikh Baha’i series, but it is a good experience for Shahram Asadi and he experienced collaboration with artists such as Parviz Pourhosseini, Hossein Panahi, Mehdi Fathi and Azita Hajian.

Be the first to review “Shabe Vaghee” Cancel reply 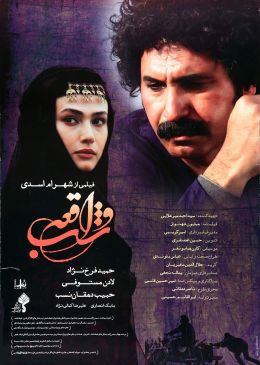