201590 minComedy, Ejtemaei
+ Playlist
Sign in to add this movie to a playlist.
0

Haj Ahmad Abachi celebrates the money in front of his house at his niece’s wedding, and د Hamed Kolahdari, the cinema director who has recently released his latest film titled “Shabash” after a long time, said: “This film is a semi-commercial work full of themes and It is a message and it criticizes the society and it can definitely keep different spectrums and tastes satisfied. He continued: “I did my best to make ‘Shabash’ universal and for all people around the world to be able to communicate with it, because I believe that cinema and a cinematic work should have concerns and problems, and if one day our cinema To fall into an abyss that does not worry, the day of its death has come. The filmmaker then said about the story of this movie: Haj Ahmad Abachi is a very religious man and a specialist in sewing clerical clothes, but on the night of his niece’s wedding, he does things that he has never done before in his life, and he spends a large part of his money, which is actually his home mortgage. That night, he gives congratulations to the people present at the wedding, but the next day he regrets and goes to the people present at the wedding to get his money back, and in this way, many things happen to him. In another part of the conversation, Kolahdari referred to Akbar Abdi’s different acting in this film and said: Akbar Abdi’s acting in this film is so attractive and new that certainly all cinema audiences will be amazed by his acting after years.

Be the first to review “Shabash Iranian Movie” Cancel reply 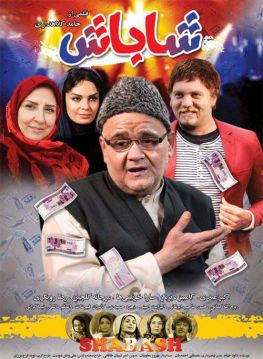