200493 minAction, Ejtemaei, Ghadimi
+ Playlist
Sign in to add this movie to a playlist.
0

In the summary of the commander’s Good Night Commander, Maryam, who is a war correspondent, walks in the front line wearing a military uniform, but when the operation intensifies, she falls apart from the others and gets lost. Maryam’s lack of knowledge about the area and the bad weather situation make her face many problems until she encounters a native woman named Janan. Janan is supposed to take her to the warriors, and until then, Maryam, in the opportunity she has, has the chance to get acquainted with her condition, views and conditions… About the director: Ensieh Shah ‌ Hosseini, writer of Iranian cinema and television Is. Among the most important works of Ensieh Shah Hosseini, we can mention the activity in the serial on fire, penalty film and opportunity film. He started his professional career in cinema and in 1989 he worked as a writer in the film Del Namak directed by Amir Ghavidel. Although the success of this work was not more than its next landmark works such as the hand series on fire, but it is a good experience for Ensieh Shah Hosseini and experienced collaboration with artists such as Behnaz Azadkhani, Mohammad Reza Sharifi, Hadi Eslami and Khosrow Shojaezadeh. He also spent a period of hard work in the field of cinema and television in 1997 and has been involved in the production of important works. The most important work of Ensieh Shah Hosseini this year is her activity in the serial “On Fire” directed by Masoumeh Taghipour.

Be the first to review “Shab Bekheyr Farmande” Cancel reply 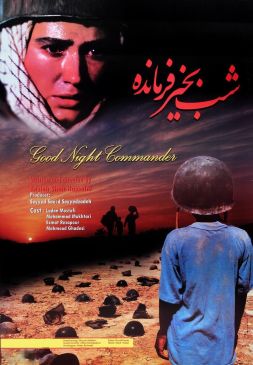