2019Drama, Mystery
+ Playlist
Sign in to add this movie to a playlist.
0

A red deer looks from behind a frozen cliff at a hunter who smokes a cigarette. The wolf is coughing from the cold. Red Deer: What does he want to do? Greg: He does not know what he wants to do. Red Deer: Those who do not know what they want to do are more dangerous… I’ll be back! This film is about a suspicious death at a height of several hundred meters… This work should also be removed from the image of Mahnaz Afshar in official advertisements! Shah Kush is a film written by Vahid Amirkhani and is considered one of the most different films in Iranian cinema. Vahid Amirkhani has previously directed comedy films for a certain period of time. The director has now turned to an enigmatic drama that has been licensed in news silence. Hamid Sefat has composed the music for the title track of this work.

Be the first to review “Shaah Kosh” Cancel reply 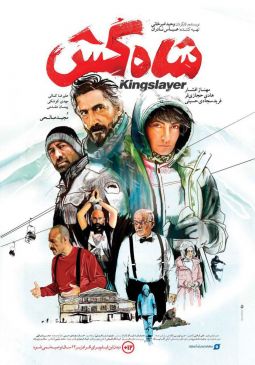