202075 minEjtemaei, Khanevadegi
+ Playlist
Sign in to add this movie to a playlist.
0

The third film: Absent Person: Rashid failed the September exams and his father no longer allows him to continue his education. His friends, Amir and Saeed, throw themselves into the fire and water to prevent their friend from dropping out of school. Establish. The Missing Third Person is a simple, glamorous movie that can appeal to teens. This film is a low-cost, unassuming work that is made in an educational environment and from the perspective of children, it expresses big and important issues such as friendship, humanity and compassion. Actors: Ilia Jafari, Akbar Dastranj, Akbar Dabaghian and Farid Salavati, Morteza Hosseini, Benjamin Ameri and Soraya Ghasemi

Be the first to review “Sevom Shakhs Ghayeb” Cancel reply 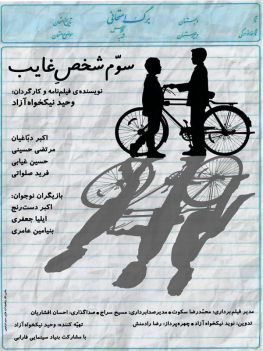