1963109 minDrama, Family, Ghadimi, Khanevadegi
+ Playlist
Sign in to add this movie to a playlist.
0

Mr. Halo’s movie: The movie of the rising stars: Rajab and his friend Ghorban, who have a poor life, take turns dying so that someone else can demand money from the people as his burial expenses. The pharmacist, who suspected them, took Rajab, who had committed suicide, to the bathhouse with one of his patrols. His Highness Ghanbar Khan’s jewel thieves go to the bathhouse and run away when they see Rajab alive. Rajab and Ghorban leave the bathhouse with jewels. The two meet the old ascetic in the cave, and the ascetic passes them through the tunnel of time and brings them to the new era. In the city of Ahmad, he becomes friends with the jewels that Rajab and Ghorban accompany. It does not take long for Rajab and Ghorban to wish to return to the past. When the two return to their time, the old ascetic asks them to return the jewels to their original owner.

Be the first to review “Setarehie Cheshmak Zad” Cancel reply 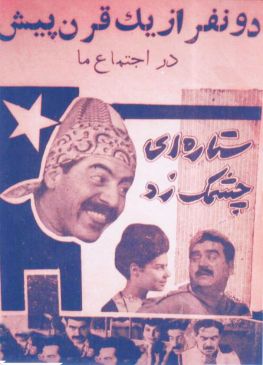