Sending a condolence ad to the newspaper: Taha and Reyhan have been taking care of an old man named Manouchehr Asef for some time because of an ad in the newspaper. Soon something happens in Asif’s house that causes problems for Taha and Reyhan and confuses them. The main idea of ​​the film is nursing and caring for a sick and disabled old man by a young man (Saber Abr) in the old man’s house. The young man’s fiancée (Nazanin Bayati) visits him every Monday. The old man dies and from the moment of the old man’s death, Javad’s struggle to postpone the news of the old man’s death and keep his body begins. About the director: Ebrahim Ebrahimian is the director of Iranian cinema and television. He was born in 1981. One of the most important works of Ebrahim Ebrahimian is that we are not used to directing the film, the film of sending a condolence ad to the newspaper. 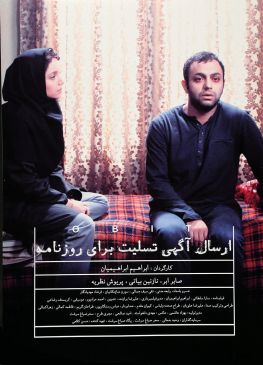