Zero to the platform: Sahar Mosayebi in this film deals with important parts of the sports and personal life of these three sisters from training with low facilities and the problems they had along the way, so that the subconscious viewer accompanies all three after a few minutes. The moment goes by with worries and joys and all the hardships they went through to become world champions. A remarkable part of this film is the comfort of these three sisters in front of the camera in all the bittersweet currents and events of their sports life, especially in the parts that deal with their personal lives. It is worth mentioning that none of the scenes in this film have been reconstructed and all the events have been videotaped, and Sahar Misabi’s camera has captured all the real moments of these three sisters. … .. This film was nominated for the award for the best film of directing, editing and sounding at the 35th Fajr Film Festival, and won the award for the best film at the Haghighat Festival in 2016 with six titles. Zero to Podium, after successfully participating in two festivals, now, with the consent of the Theater Council, has obtained its screening license for the first of December, and will be released in cinemas in the first week of this month.

Be the first to review “Sefr Ta Saku” Cancel reply 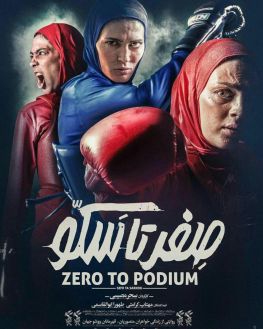