A man enters a house to steal, but at the same time he realizes that someone in this house wants to hang himself and commit suicide due to severe addiction, and this causes 3 out of 3 people on a Actors such as Mahmoud Bahrami, Fath Ali Oveisi, Behnoosh Bakhtiari, Ziba Broufeh, Alireza Oveisi, Shokrallah Hassani and Mehran Ghafourian have played roles and acted. In the film, three people on a line, about 8 actors are in front of the camera, which in terms of the number of actors, three people on a line can be considered a multi-actor work. From this point of view, directing the film “Three People on a Line” has been a very difficult task considering the number of actors and their management; It should be examined whether Khosrow Malekan as a director and as an actor as well as the acting team of three people on one line have been able to be successful in this field and show brilliant games? Other actors in the film Three People on One Line include Mehdi Ebadati. 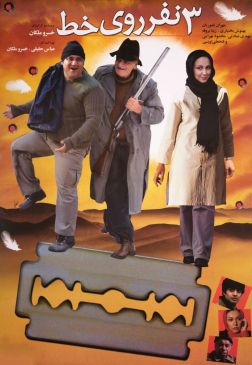