The secret of universal dignity is revealed? This secret will confuse the dreams of Chista, Mahro, Goodarz, Bahram, Jahangir and Major Pushias. Jahanbakhsh embarks on a long journey to prove his innocence and return to peace; A Journey that Ends Changes the Lives of Many of Them… This film, made with the participation of the Farabi Cinema Foundation, the Arts Center and the Tehran Municipality, deals with the anonymous martyrs of the religious minority and the events that took place during the Ascension of the Martyrs. The film premiered at the 36th Fajr Film Festival. Sarv Zir Ab was selected as the best film with the national look of the 36th Fajr Film. This film is the sixth film made by Mohammad Ali Bashe Ahangar and after the film “Queen”, which was shot in Tehran, Meybod, Mazrae Kalantar village in Yazd, Lorestan, Sepid Dasht village in Lorestan and Dezful. The production and technical stages of the film have taken more than a year.

Be the first to review “Sarv Zire Ab” Cancel reply 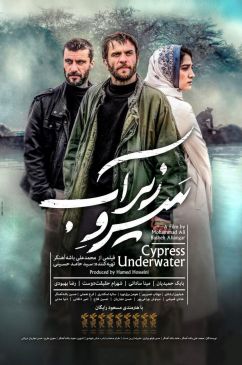