Movie Sergeant: Sergeant: Hojjat (Manouchehr Vosough) Fasiq kills his wife and goes to Khorramshahr and with the help of a man named Rahman (Farhad Hamidi) tries to cross the blue border at night by boat, but the officers chase him کردن. Hojjat escapes in the darkness of night. Rahman kills the boatman who is taken to the checkpoint by the sergeant (Mir Mohammad Tajaddad) for interrogation and kills the sergeant himself. Sergeant Mokhtar (Nasser Malek Matiei), the successor of the killed sergeant, dissuades Hojjat, who is his niece, from going across the border, and Hojjat marries Maryam (Lida Daneshvar), the sergeant’s daughter. Sergeant Mukhtar arrests Rahman and sends him to prison through Zinat (Shahrzad), the daughter of a paralyzed man (Amin Amini), who witnessed the murders and killed himself.

Be the first to review “Sargorohban” Cancel reply 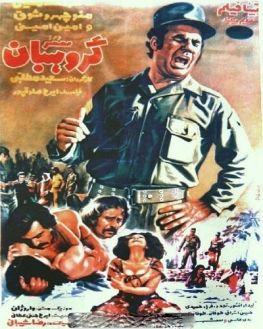