200690 minEjtemaei, Ghadimi
+ Playlist
Sign in to add this movie to a playlist.
0

Sasan Sarkesh is dizzy, an Iranian who comes to Iran after thirty years away from home. At Mehrabad airport, a driver named Elias takes him to a hotel, and the next day they leave together for Sasan’s hometown, Tabriz. On the way, Elias realizes that Sasan is trying to commit suicide in a state of anxiety, and his anonymity has been bothering him for a long time. Elias also realizes that Sasan is looking for his first lost love that left him years ago. To save Sasan from his bewilderment, Elias takes him on a long mental and psychological journey to his childhood. When Azerbaijan is under the occupation of the Russian army .. About the director: Mohammad Zarrindast known as Tony Zarrindast (born 1313 in Tabriz – December 29, 2016) was an Iranian artist living in the United States. Zarrinstad is a film graduate of the University of California, Los Angeles. He began his artistic career with the theater. His brother Alireza Zarindast is also working in the filming profession. Mohammad Zarrindast died on the evening of Monday, December 29, 2016 in Tehran due to cancer. Morteza Shayesteh (born 1338 – Tehran) is an Iranian producer. He is one of the founders of Hedayat Film Company.

Be the first to review “Sargije Iranian Movie” Cancel reply 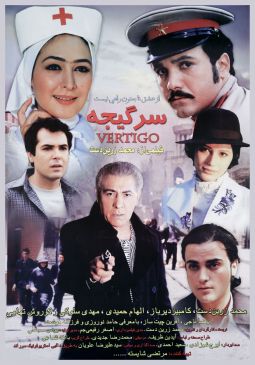