199693 minEjtemaei, Ghadimi
+ Playlist
Sign in to add this movie to a playlist.
0

Sarai Movie: In the synopsis of Sarai, Sarai, who lost her mother as a child, meets Aydin (Khan Chupan) in the tribe. Khan, on the other hand, sees Sarai while hunting and falls in love with her. The elders of the tribe oppose Sarai Khan’s request to join Sarai and nominate Sarai and Aydin. Aydin’s mother’s illness forces her to leave the tribe and return home. He mourns for seven days and nights after the death of his mother. Khan and his companions invade the tribe, threatening to kill Sarai’s father and other members of the tribe, forcing Sarai to accompany him. Sarai waits for Aydin to return; But finally, in despair of Aydin’s arrival, he throws himself into the river (Arpachai) so that Khan does not take advantage of him. Yadollah Samadi is the director of Iranian cinema and television. Yadollah Samadi’s most important works include directing the series Shouq Parvaz, the film The Other Man’s Father, and the series Haft Sin.

Be the first to review “Saray Iranian Movie” Cancel reply 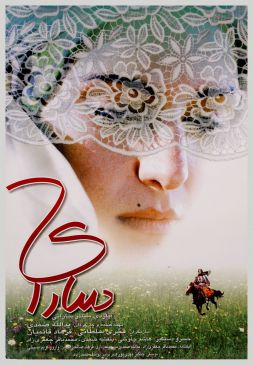