Sarah and Ida: Sarah and Ida are close friends who work together in an economic company. Sarah’s mother is a retired teacher who is imprisoned for guaranteeing the return check of Misagh (her other child and Sarah’s brother). Meanwhile, Sarah seeks the release of her mother. He frees his mother from prison because of Saeed (Aida’s fiancé), a wealthy young man, but instead is confronted with Saeed’s offer to steal some tender documents from the company in which he works. This is the seventh film made by Maziar Miri after four years away from television and cinema with a social theme. All the filming scenes of this film were done in Tehran, and according to the creators, this space work close to “Saadatabad” is the successful work of this director. This film has a controversial theme that deals with the younger generation. 58 days after the screening of this film, it was able to reach the sales limit of three billion tomans, and also its sale in the home theater network was very well received.

Be the first to review “Sara And Aida” Cancel reply 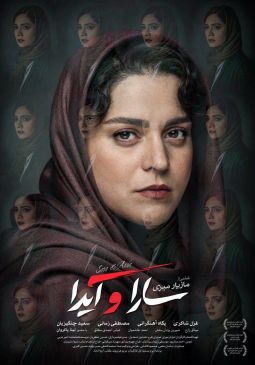