Yekta Sarpardeh, the owner of a freight transport company between Tehran and Istanbul, meets a singer named Amal in Istanbul and proposes to his mother. On the one hand, Hojjat, the owner of the nightclub in which Amal performs, and on the other hand, his partner Mahmoud Cheshmeh are looking for Amal. Mahmoud puts some heroin in the warehouse of their goods. Kamal flees to Tehran and Mahmoud blames him to the police. Amal is leaving for Tehran to perform a concert. Mahmoud tries to trick Kamal’s friend into taking him to Istanbul with a trick to prevent him and Amal from meeting in Tehran; But it does not work. Kamal and Amal get married in Tehran and return to Istanbul after the end of Amal’s plans. Istanbul intelligence officers ambush at the airport with Mahmoud; But perfection escapes. Amal goes to Kamal’s appointment and, on Mahmoud’s advice, who does not pose a threat to Kamal, reports his whereabouts to the police. Kamal is sentenced to 15 years in prison, and Mahmoud pretends that Amal has betrayed him. Amal gives birth to a child and after Mahmoud Kamal’s release, he pretends that the child is a bastard… ..

Be the first to review “Sar Sepordeh” Cancel reply 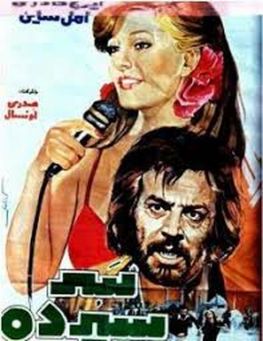