200791 minEjtemaei, Ghadimi
+ Playlist
Sign in to add this movie to a playlist.
0

Empty Seat: This film is a total of three episodes and a story: The story of the first film is the story of a couple who are family and are not allowed to have children. They came to Tehran to give birth to their child away from their family, but their child is disabled. The second film is about a woman who killed a passerby in her car accident and is now looking for her family to satisfy them, and the third film is about a director who inadvertently kills a city smoker during filming and is now suffering from a guilty conscience. Outside of the three-story space, the director of these three films is being interrogated because of the sick world he has created. About the director: Saman Starki is a costume designer for Iranian cinema and television. One of Saman Starkey’s most important works is his activity in the film Empty Seat, screenplays.

Be the first to review “Sandali Khali” Cancel reply 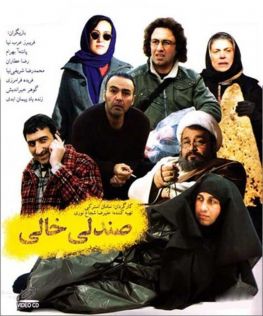