201988 minComedy, Khanevadegi
+ Playlist
Sign in to add this movie to a playlist.
0

Three miserable people (played by Hamid Farkhonejad, Mir Taher Mazloumi and Amir Mehdi Jouleh) whose job it is to revive checks and things like that, go to Berlin for a case study on the Land Document, and ایرانی The Iranian Samurai film in Berlin (Samurai) in Berlin) is a comedy film directed and written by Mehdi Naderi and produced by Abolfazl Saffari, produced in 1397. The film was released in Iranian cinemas in May 2009 and reached an acceptable sale of nearly 6,621,890,000 Tomans. Now, a few months after its release, it has entered the home theater network through the Safflower Media Institute and Hanavol. Actors: Hamid Farkhonejad, Amir Mehdi Jouleh, Mirtaher Mazloumi, Hooman Haji Abdollahi, Saman Saffari, Nader Mashayekhi, Mohsen Hosseini, Ahmad Semnar, Rene Stolz, Azadeh Ismailkhani, Gohar Kheirandish and Mitra Hajar

Be the first to review “Samurai In Berlin” Cancel reply 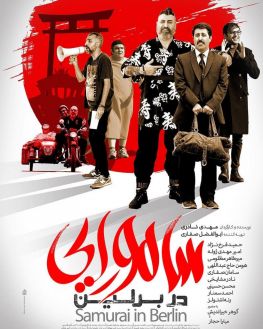