200093 minAsheghaneh, Drama, Ghadimi
+ Playlist
Sign in to add this movie to a playlist.
0

Sam (Mohammad Reza Golzar) and Abd are close friends. Over time, Sam becomes interested in Narges, Abd’s sister. Abd, who becomes a sports champion, receives a knife from Sam as a gift, and when he poses with a knife, Abi the photographer takes a picture of him. After a while, it becomes clear that Abi the photographer is also interested in Narges, so in order to take revenge on Sam, he tells the story of his interest in Narges to Abd. Abd Angry goes to see Sam; And instead of Sam, he stabs himself, which leads to his death. Sam is identified as the killer and is sentenced to death. But on Abi and Narges ‘wedding day, seeing the photo of Abd, the truth is revealed and Narges’ father forgives him on the day of Sam’s execution.

Be the first to review “Sam Va Narges” Cancel reply 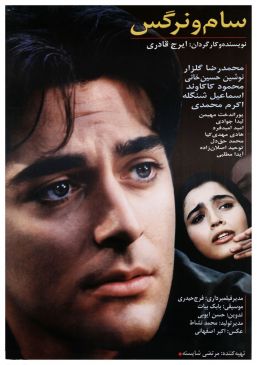