Shahab Hosseini, a resident of the middle class, is first and foremost a writer who plans to write his new book, but he is associated with various characters in the book, from the most oriental figures such as Sheikh Sanan, Suhrawardi, Rumi and Socrates to the most western figures such as Roger Waters. Including Kurt Cobain and Isaac Newton, he has played a number of different and primary roles. Elsewhere in the film, he plays Che Guevara, a famous Latin revolutionary who traces his political character. Zakaria and Masih are two prophets in whose form Shahab has sunk, and of course the roles of Iranian singer Farhad Mehrad and Barcelona football player Lionel Messi have also had a special place in Shahab Hosseini’s art. About the director: Shahab Hosseini entered the cinema in 2001 with his role in the film Rokhsareh made by Amir Ghavidel. From 2002 to 2004, Hosseini starred in the films Fifth Reaction, directed by Tahmineh Milani, and This Woman Does Not Speak, directed by Alireza Amini, and Zohr Asal, directed by Ebrahim Sheibani, and Rastegari in Eight and Twent Minutes, directed by Sirus Alvand. He was nominated in advance and was able to play the role of Babak Simorgh Bolourin for Best Supporting Actor at the Fajr Film Festival for two consecutive years for playing in a candle in the wind with Babak and Rastegari in eight and twenty minutes with Fouad. In 2004, he starred in Online Murder and then in 2005 in the movie 50 Million. 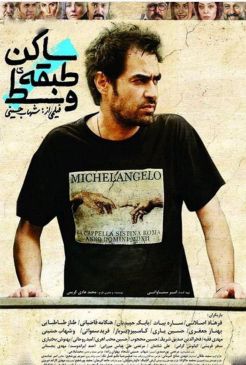