The movie Sahel-e-Entezar: Sahel-e-Entezar: A Samaki named Qasim Khan, who considers himself the owner of a part of the sea, gets into a fight with a fisherman named Ahmad over fishing. There is a general conflict and Qasim Khan’s people seize the fish they have caught after dispersing them. Massoud is the son of Qasim Khan, and Qasim Khan drives the boy out of the house and Massoud takes refuge in the people. A girl named Ghazaleh, who lives with her father, saves Ahmad and takes care of him who has a broken leg. In the absence of Ahmad Massoud, he approaches Maryam, who is pregnant with Ahmad, and marries her, and she Introduced by the father of his child… The screenplay of Sahel Entezar was written by Siamak Yasemi. 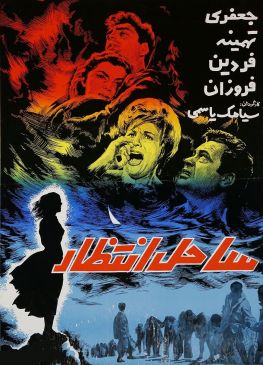