2019Drama, Ejtemaei
+ Playlist
Sign in to add this movie to a playlist.
0

The last time Sahar saw her mother rushed into a police station and told the guard officer that her young daughter, Sahar, had returned home last night. The film was nominated for Best Picture, Best Director, Best Supporting Actor (Siamak Safari), Best Actor It complements the woman (Jaleh Sameti) and is the best screenplay. About the director: Farzad Motman was born in 1336 in Tehran. After graduating from high school, he went to the United States to pursue his studies in cinema in this country, but later left it and returned to Iran to work in filmmaking and also to teach at the university. Motman’s most notable work to date is The Bright Nights, a free adaptation of Dostoevsky’s Bright Nights. A work that has been one of the most popular in Iranian cinema to date.

Be the first to review “Sahar Iranian Movie” Cancel reply 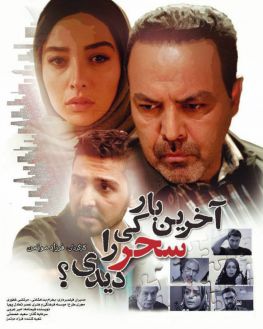