Blue Scarf Movie: This movie tells the story of the owner of a tomato factory and farm who lost his wife a few years ago and lives alone. Throughout the story, this elderly factory owner encounters a woman who heads his family and is selected to work on his farm with several other women. The film Blue Scarf in 1995, in addition to receiving the Bronze Cheetah Award, is the best film from the 48th The Locarno International Film Festival also received the Pfeiffer Award for Best Film at the 36th Thessaloniki Thessaloniki Film Festival. The 13th Fajr International Film Festival in 1373 Simorgh Blorin presented the best screenplay and the best second female role for the film “Blue Scarf” to Rakhshan Bani-Etemad and Gulab Adineh, respectively.

Be the first to review “Rousari Abi” Cancel reply 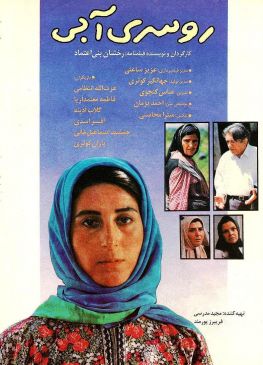