In the summary of the story of the scandal, the legend is a beautiful and poor girl from the south of the city who is interested in appearing in society with a different appearance and attracting the attention of men. His family is under pressure from Agha Sharif, his creditor and landlord. Agha Sharif, a middle-aged and single man (due to the death of his wife), is interested in marrying Afsaneh, and has stated this as a condition for relieving his financial pressures on Afsaneh and his family. Afsaneh also decides to approach Mr. Sharif to help his family so that he can get some points from him. But in one of the private meetings that take place between him and Mr. Sharif in Mr. Sharif’s office… .. Massoud Dehnamaki is the director of Iranian cinema and television. He was born in 1348. Among the most important works of Massoud Dehnamaki are directing the film Deportations, the film Deportations 2 and the film Scandal.

Be the first to review “Rosvaie Iranian Movie” Cancel reply 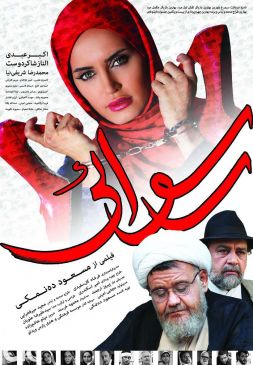