In the synopsis of the movie Growing in the Wind, a fourteen-year-old boy named Aslan is forced to take his end-of-school exams on the way to Kochil with all his difficulties, and at the same time he has to choose between studying and herding sheep. Choose. In this way, he encounters problems… Actors such as Gohar Kheirandish, Omid Zandegani, Hossein Abedini, Zabih Afshar, Yalda Qashqaei, Behrouz Allahverdi and Mehrdad Mikaelzadeh have played roles in acting. In the movie “Growing in the Wind”, about 8 actors are in front of the camera, which in terms of the number of actors can be considered as a multi-actor work. From this point of view, directing the film Growing in the Wind has been a very difficult task considering the number of actors and their management; It should be examined whether the leader Ghanbari as a director and as an actor as well as the acting team of Rovidan Darbad have been able to be successful in this field and show brilliant performances? Other actors in the movie “Growing in the Wind” include Jila Shahi.

Be the first to review “Rooiedan Dar Baad” Cancel reply 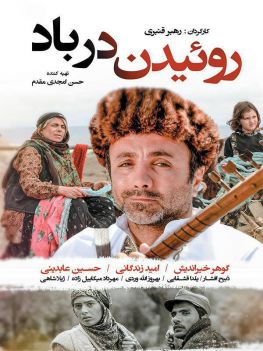