Snake Oil: This film is exactly an experimental film in the style of Davudnejad, especially with its third part, it can be well done as a film by this bold and empiricist filmmaker of Iranian cinema. That is, it is a film that has his signature. It is both unexpected and the fact that after watching him, seeing such a film from him, it is not unlikely that an example of the relationship between the individual and the plural and the tricks used for the plural magic. A story that has a documentary execution and unique plans. Basically, someone who comes to see films of art and experience cinema, naturally does not seek to see films of conventional cinema and storytelling like other films, but despite the same amount of unusual and experimental and sometimes deliberately not telling a specific story, oil The Snake is unusual compared to other experimental films.

Be the first to review “Roghan Mar” Cancel reply 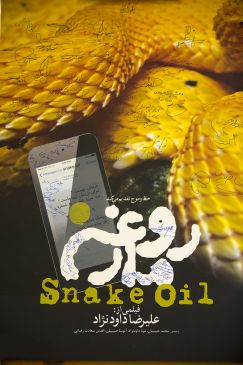