201590minDrama, Khanevadegi
+ Playlist
Sign in to add this movie to a playlist.
0

It tells the life story of a veteran actor who has not been in front of the camera for years, and now that a ceremony is being held for him, no one knows where he lives. The actor’s old comrades try to find him with the help of his grandson… The author did not understand what Majid Qarizadeh meant at all, because when you see the good comrades, you realize that his words have a humorous aspect: the artist father in a nursing home, unfinished conflicts Fathers and sons who are passed down from generation to generation, insidious stepmothers, having an American green card (I do not know why it is always a matter of staying in America and not, for example, Germany, Belgium, the Horn of Africa or anywhere else) and choosing Iran for life, groom problems and Brother-in-law, ‌ construction troubles, economic problems,… which are unfortunately expressed in the worst possible way. And this name is repeated again and again in the film, so that from now on, when we sit and watch Scorsese’s good comrades, we will remember what Qarizadeh did with this name, and subconsciously, oh, he will rise from our institution! Of course, it seems that the filmmaker sees his work in the same line as Francesco Rozi’s film Three Brothers, and implicitly mentions Reza Roigari in the role of Dr. Etemadi, who does not accept any criticism of his work: “Criticism of property is better than ours”!

Be the first to review “Rofaghaye Khoob” Cancel reply 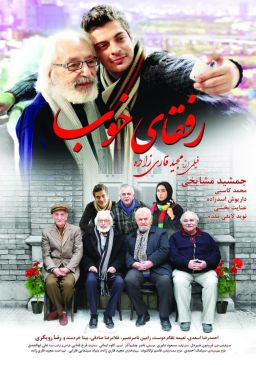