In the synopsis of Roots in Blood, a young man named Hojjat, who works against the law of capitulation, is to be transferred from village to village with Rasool. Hojjat is killed in an attack by agents, but before he dies, he carries his briefcase to Rasul to take to the village of Clarabad. Rasul, wounded, flees to the forest and to the hut of an old man named Shir Ali, who is associated with the forest movement. Has been, takes refuge. Road officials who want to destroy Shir Ali’s hut to build a road become suspicious and watch over him… About the director: Sirus Alvand is a writer in Iranian cinema and television. He was born in 1329. One of the most important works of Sirus Alvand can be mentioned in the movie “Dirty Hands”, the movie “This Apple” for you and the movie “Face”. He started his career in cinema and in 1350, at the age of 21, he worked as a writer in the film The Return of Anger directed by Saeed Motalebi. Although the success of this work was not more than its next landmark works such as Dirty Hands, but it is a good experience for Sirus Alvand and he experienced collaboration with artists such as Mohammad Ali Fardin, Davood Rashidi, Iraj Ghaderi and Hamedeh Hamedi. He also spent a period of hard work in the field of cinema and television in 1999 and has been involved in the production of important works. The important work of Sirus Alvand this year is his activity in the film Infected Hands directed by Sirus Alvand.

Be the first to review “Rishe Dar Khun” Cancel reply 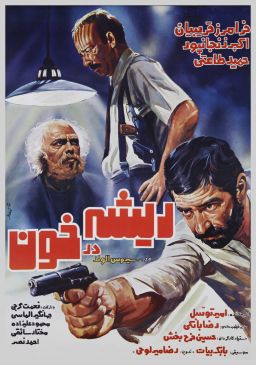