“Reza Shah” talks about the period of the ministry and prime ministership of Reza Khan Sardar Sepah in the last years of Qajar. How he preferred to enter politics from the command of the army and take over the management of affairs. He once declared a republic for Iran that the clergy and the public did not accept. How he came to the throne. The documentary “Reza Shah” tells about the progress and development of Iran during the years of the reign of Reza Shah Pahlavi. How he, along with his governments, made up for Iran’s backwardness in the first half of the twentieth century in less than two decades. Finally, the documentary “Reza Shah” ends with his death in exile. An unintentional exile to the island of Mauritius and then Johannesburg, which took place with the outbreak of World War II and the occupation of Iran by Allied forces, marked a bitter fate for him. At that point in history, Iran needed a central power and a powerful and worthy individual who would restore unity and independence to Iran.

Be the first to review “Rezashaah” Cancel reply 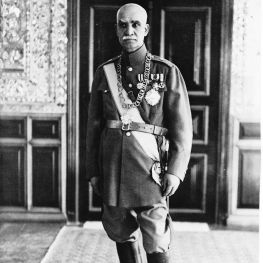