Reza Motori: Reza, who has gone mad, leaves the hospital with his friend without the knowledge of the authorities, and then robs a factory. On the other hand, Farrokh Javan, a writer who is very similar to him, comes to the sanatorium to research the life of lunatics and changes his place in the sanatorium with Reza. On the other hand, Reza enters the aristocratic life of the author نیم .. Half a century has passed and the memory of “Reza Motori” is still alive. The memory of a former filmmaker who walks the streets of Tehran with a wound on his side on a motorcycle to sing Farhad “The Lonely Man” in his mourning. Rezaei, whose last sentence is a message to his friend at the last moment: “Tell Abbas Qarazeh that Reza Motori is dead.” Rezaei, whose bloody footprint he recorded on the white screen of Diana Cinema is still fresh. For the past 50 years, Reza Motori is still working and seen. A year after Hurricane “Kaiser”, “Reza Motori” came on the screen.

Be the first to review “Reza Motori” Cancel reply 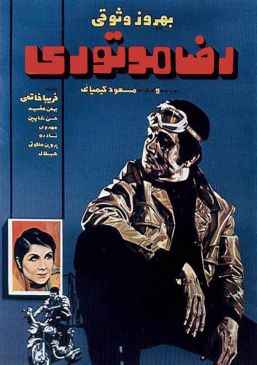