Dancing in the Dust: Nazar is a 22-year-old man who meets Reyhaneh on a minibus one day and they get married, but the obscene words about Reyhaneh’s mother force her to divorce Reyhaneh. Reyhaneh also surrenders to this decision, but… About the director: Asghar Farhadi, the only Iranian filmmaker to win an Oscar. Many consider him the best filmmaker in Iran after the revolution, but this claim is very debatable and is beyond the scope of biography. Lies, betrayal, rape, judgment, and the powerful theme of each of his stories. Farhadi is, in a sense, the beginning of an open end in Iran. It was after him that the open end became fashionable in Iranian cinema. Let’s say from the suspension that he is the master of this work. Asghar Farhadi has sometimes been accused of blackmail. In any case, we hope that here we can show a clear picture of this lucky director of Iranian cinema.

Be the first to review “Raghs Dar Ghobar” Cancel reply 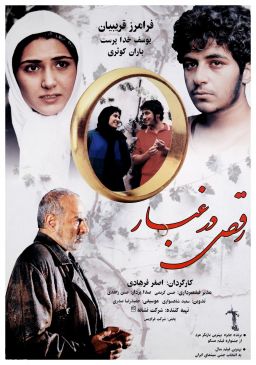