Boss movie: Siamak, a young man who has gone to waste, has a list of twenty-five young people in his pocket who have to deliver drugs from the most advanced to the oldest. Reza, Siamak’s father, comes to fatherhood after several years away from home, while he himself is still a fugitive, his only youthful friend who has spent a lot of time together, studying, going to the cinema and playing billiards. , May still believe him. Another Reza, his friend, is a busy and lonely colonel. The colonel’s wife and her two sons died in an accident. Colonel Reza believes that old Reza is not guilty. What remains is love and affection. Satisfied with the sin, still in love with the lost and fallen woman, he can forgive her. Siamak burns its customers’ booklets. Siamak has found love in the letters of his booklet and has crossed it out. Reza Yazdani (singer) sang the final credits of this film with a song of the same name.

Be the first to review “Raees Iranian Movie” Cancel reply 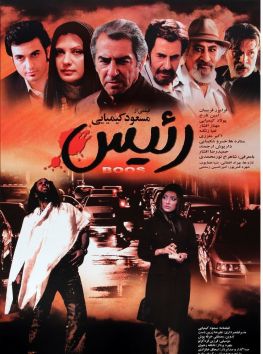