201988 minComedy, Fantasy, Teenage
+ Playlist
Sign in to add this movie to a playlist.
0

White Forehead 3: In the third series of the White Forehead trilogy, the story begins with the white forehead being trapped by an octopus, and in this episode, the protagonist, a monkey (played by Arsalan Ghasemi), goes to war with the octopus, but the third version of the forehead Sefid went to the Nowruz screening while many successful works at the Fajr Film Festival could not be screened at the best time of the year. A film that has a place in the sales chart shows that it is not welcomed by the audience. The negative effects of this film on children and adolescents can be seen in a few points. The film is immersed in magic and superstition, and instead of alienating such thoughts from children, it leaves them in fear of these words. The white-fronted narrative is the story of enchanted parents. In this film, the parents of the main character of the film (white forehead) are enchanted by octopuses and become scary and unreliable creatures.

Be the first to review “Pisooni Sefid 3” Cancel reply 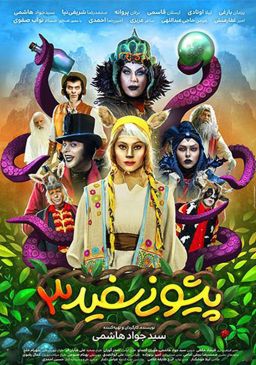