2020Comedy, Teenage
+ Playlist
Sign in to add this movie to a playlist.
0

Movie Pish Mishi: Pish Mishi It is said that “Farhad” has a love in the world, and that is love for Molus. Maybe because of Farhad’s resemblance to Alan Deloneh, who makes everyone love him. When the title of a film is surpassed, what exactly is expected of it in your mind as an audience? The filmmakers have used this trick to disarm the audience from the very beginning: this is a simple and childish comedy that wants to entertain the audience and their families for an hour and a half. With the same approach and understanding of the audience’s expectations, Hossein Qanat has become one of the most prolific and successful filmmakers over the past few years and has almost established himself as a producer of children’s comedies. With the skinning of Iranian cinema after the revolution, due to strict restrictions and audits, many filmmakers went to children or in other words, childish worlds.

Be the first to review “Pishi Mishi” Cancel reply 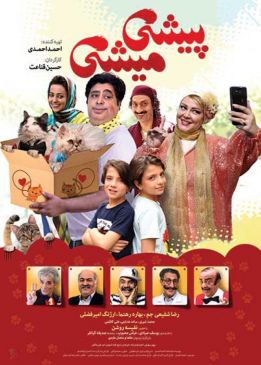