Pinocchio, Uncle Sardar and Riyasali: Homayoun, a teenage son of Delvari, is determined to investigate the personality of Riysali Delvari for the love of winning the top memoir award. Homayoun’s historical research takes us and him to the happy, adventurous and fantasy world of this film. Pinocchio, as we all know him, is the famous wooden doll who lied and had a long nose. But Ra’is Ali Delvari is the hero of the struggle against the British occupiers, and in the case of a series called “Tangestan Brave” was made before the victory of the Revolution, and he was not named until he is mentioned again in this film.

Be the first to review “Pinochio Amoosardar And Reisali” Cancel reply 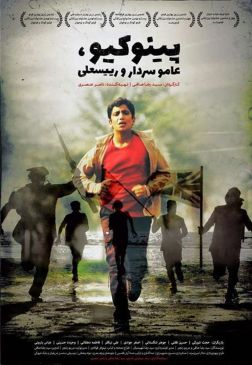