Peyman: In the movie Peyman: Peyman meets a girl by his friend and decides to marry him, but the girl disappears after a while and Peyman gets involved in this affair. Interesting points can be expressed. According to statistics, Peyman is the 13th activity of the actors in this work on average. Peyman is one of the four leading works of Sepideh Khodaverdi in the acting profession. The actors of Peyman have experienced their first serious acting activity in this play, in fact, they were the first two films in Peyman: Pantea Baqaei and Payam Inaloui. Also, Majid Fahimkhah, the director of Peyman, has experienced his first collaboration with actors such as Mohammad Reza Forootan and Sepideh Khodaverdi in this work. Peyman film is similar to different works in terms of structure (form), content and production environment. According to various characteristics, it can be said that the related works of Peyman are: Confession movie, foot film, day and night movie, second woman movie and heaven station movie. In Peyman, actors such as Mohammad Reza Forootan, Sepideh Khodaverdi, Pantea Baqaei and Payam Inaloui have played roles and acted.

Be the first to review “Peyman Iranian Movie” Cancel reply 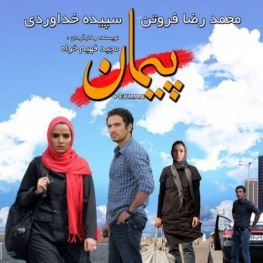