201891 minComedy, Khanevadegi
+ Playlist
Sign in to add this movie to a playlist.
0

We have always heard of girls getting wet, but in this movie we see that boys also get wet now with a series of differences. Three young men named Masoud Yashar and Kamran who are not married and are still single are on the verge of getting wet. They want this to happen. But when they walk in this direction so that they can choose a person for themselves, interesting and funny things happen to them, which makes the film very funny…. Actors such as Sanaz Samavati, Fatemeh Shokri, Nima Shahrokhshahi, Yousef Teymouri, Asghar Heidari, Saeed Dolati and Hoda Mansour Fallah have played roles and roles in Tarshideh Boys. In Furry Boys, about 15 actors have appeared in front of the camera, which in terms of the number of actors, can be considered as a multi-actor work. According to statistics, the movie “Fatty Boys” is the 13th activity of the actors in this work on average. Based on the people’s score, it is one of the four outstanding works of Sanaz Samavati, Fatemeh Shokri, Yousef Teymouri, Saeed Dolati and Hadiseh Tehrani in the acting profession. Also, based on the score, it is considered the worst work of Asghar Heydari in the acting profession. 8 actors of Tarshideh Boys have experienced their first serious acting activity in this work. 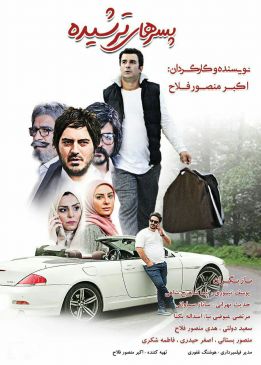