2019Comedy, Ejtemaei, Khanevadegi
+ Playlist
Sign in to add this movie to a playlist.
+1

Pastarioni is the story of food. The film begins with a briyani from Isfahan, and when Kushan sees his father’s restaurant in Tehran go bankrupt, he intends to open a briyani instead of his father’s fast food restaurant in Tehran. A restaurant that has lost its prosperity due to a very powerful and luxurious competitor on that street corner, Pasta da Pizza, and the name of this movie (Pastarioni) is derived from the two words Pasta and Brioni. One of the works that used this trick in the autumn release is Soheil Movafaq Pastarioni, which, contrary to expectations, could not guarantee the best-selling box office of the work. The film has sold only 150 million Tomans now. Hamid Sepidnam, nicknamed Mr. Tester, has been chosen as an actor and to experience a positive event at the box office with the help of his high followers on Instagram. Unfortunately, this has not happened to Pastarioni yet. Pastarioni’s economic failure at the box office may be unfortunate for filmmakers, but on the other hand, the presence of unprofessional actors in the cinema. A flip that many old actors hope will happen as soon as possible and not every person will enter the field without acting knowledge.

Be the first to review “Pasta Rioni” Cancel reply 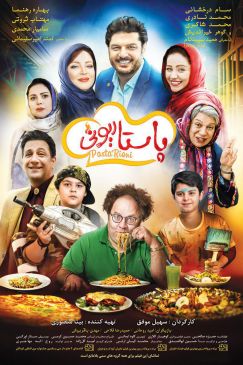